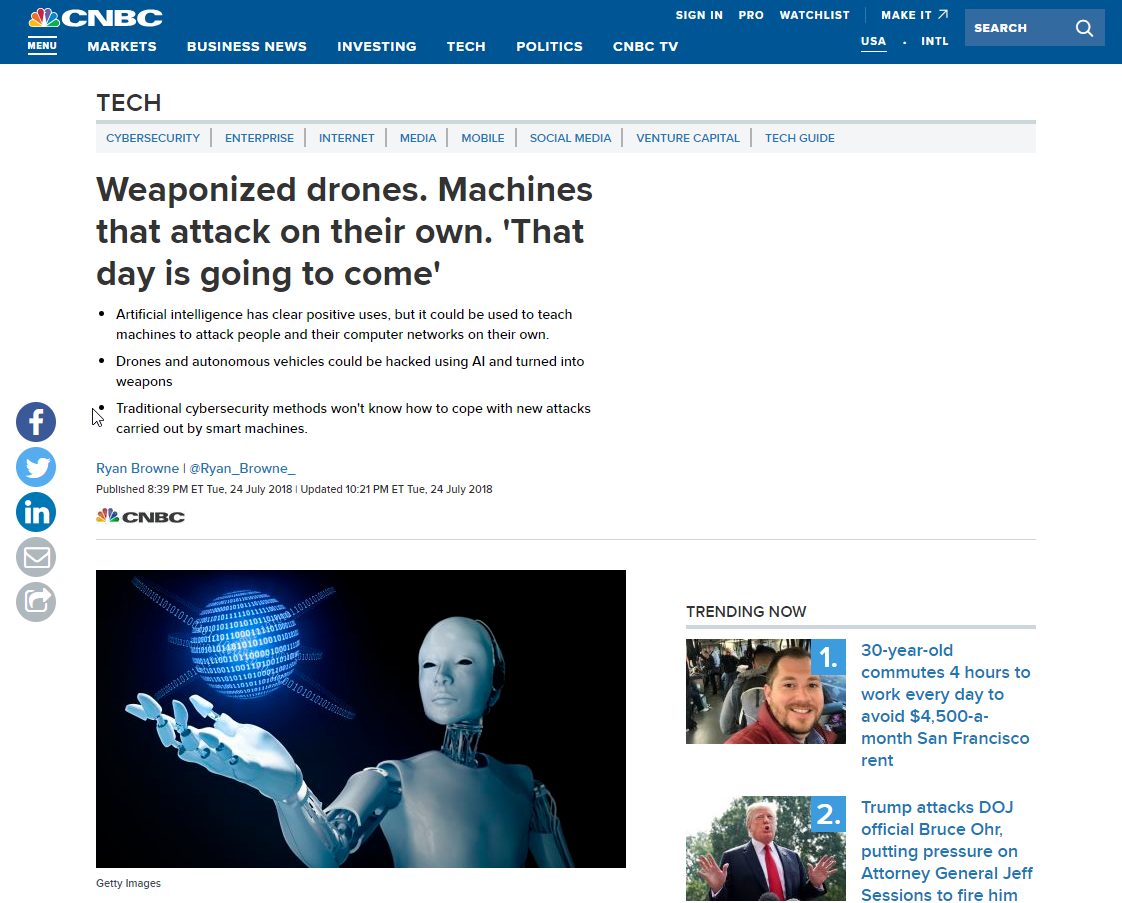 The idea of a computer program learning by itself, growing in knowledge and becoming increasingly sophisticated may be a scary one. It’s even scarier when it’s learning to attack things.

It’s easy to dismiss artificial intelligence as yet another tech buzzword, but it’s already being used in everyday applications via algorithmic processes known as machine learning.

Far from the killer robots of “Blade Runner,” machine learning applications are designed to train a computer to fulfill a certain task on its own. Machines are essentially “taught” to complete that task by doing it over and over, learning the many obstacles that could inhibit them.

“Such attacks, which seem like science fiction today, might become reality in the next few years,” Guy Caspi, CEO of cybersecurity start-up Deep Instinct, told CNBC’s new podcast “Beyond the Valley.”

Such technology promises to provide many benefits, such as smoother computing and the automation of many tasks we may, in years’ time, consider manageable without human intervention. But it also has experts worried.

Hacking, then weaponizing, drones and cars

In February, a study from teams at the University of Oxford and University of Cambridge warned that AI could be used as a tool to hack into drones and autonomous vehicles, and turn them into potential weapons.

Another study, by U.S. cybersecurity software giant Symantec, said that 978 million people across 20 countries were affected by cybercrime last year. Victims of cybercrime lost a total of $172 billion — an average of $142 per person — as a result, researchers said.

The fear for many is that AI will bring with it a dawn of new forms of cyber breaches that bypass traditional means of countering attacks.

“We’re still in the early days of the attackers using artificial intelligence themselves, but that day is going to come,” warns Nicole Eagan, CEO of cybersecurity firm Darktrace. “And I think once that switch is flipped on, there’s going to be no turning back, so we are very concerned about the use of AI by the attackers in many ways because they could try to use AI to blend into the background of these networks.”